Alexandria Is Testing Out Its First Electric ‘Accordion’ Bus This Week

Alexandria is testing out its first articulated electric bus in the DASH transit system this week. The 60-foot bus runs on battery-electric power, releases zero emissions, and can carry more than 120 people at a time.

Designed by Canada-based bus manufacturer New Flyer, the Xcelsior Charge XE60 is an articulated bus—known by some as an “accordion” bus with a “joint” connecting its two sides—that seats 61 people at a time, with standing room for 62. 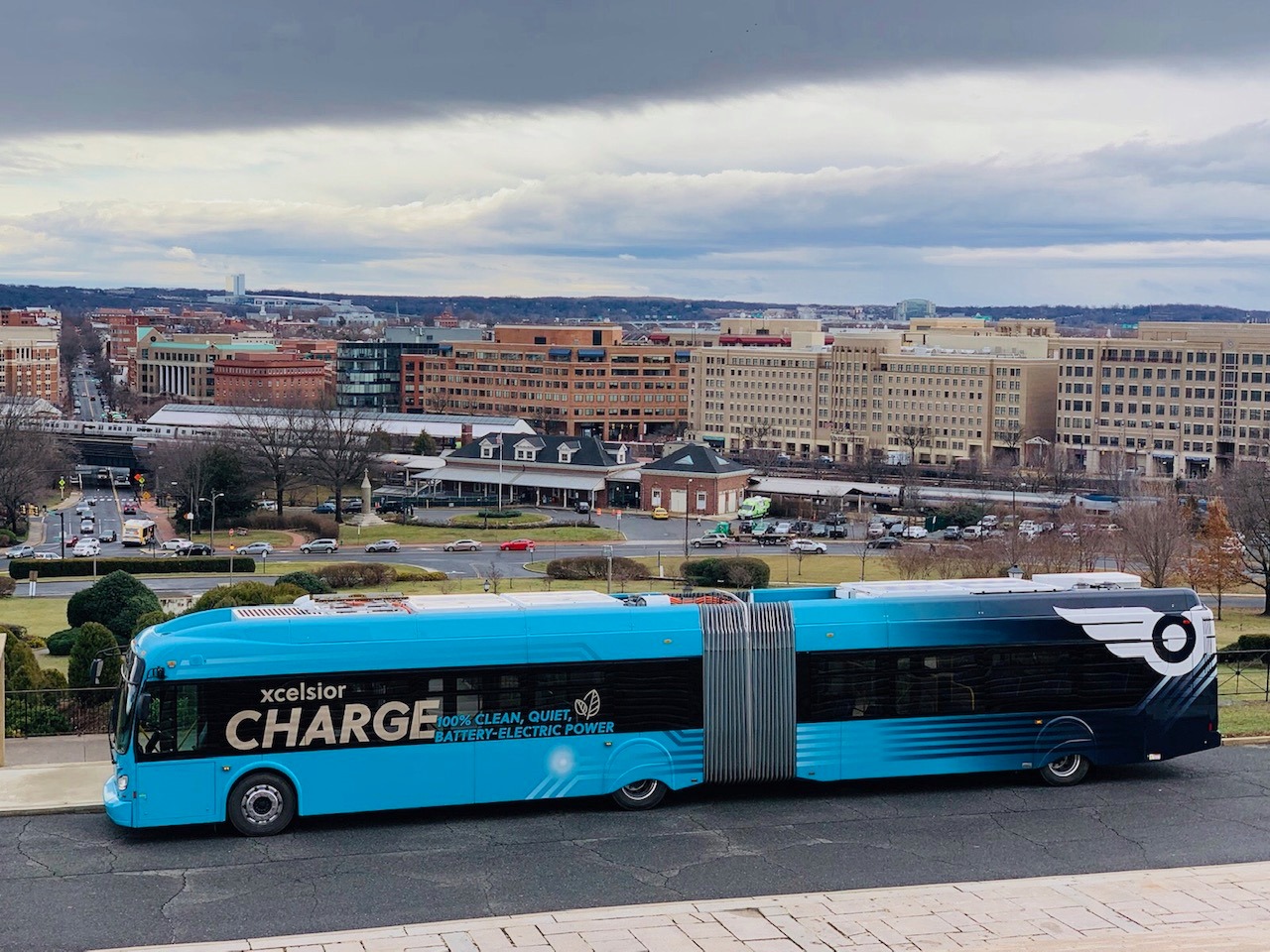 The Xcelsior Charge comes in 35-foot, 40-foot, and 60-foot buses. Alexandria is testing out the largest version. Photo courtesy of DASH

DASH received more than $5 million in state funds and a donation from the Volkswagen Environmental Mitigation Trust to purchase six battery-electric buses and fast chargers, and the city is in the midst of deciding which model it wants to purchase, according to an agency spokesperson. DASH also regularly tests different bus models throughout the year, and New Flyer lent its model to the city for free, the spokesperson says.

The agency plans to test things like noise level, how far the bus can travel on a single charge, and how long it takes for the bus battery to recharge, according to a DASH spokesperson.

This model has the highest battery storage capacity of any zero-emissions bus available in the U.S. and can navigate tighter turns than Alexandria’s current fleet, according to a DASH press release. Three of these electric articulated buses can replace four standard buses, per DASH, which would lower operating costs for the agency.

The city introduced articulated buses last summer, but they aren’t electric. Elsewhere around the globe, articulated electric buses have been introduced in cities like Sweden, Barcelona, and New York.

Alexandria is running the Xcelsior along four routes this week (AT2, AT3, AT5, and AT8), with the goal of having an electric fleet that will replace its older models of articulated buses “in the near future,” the transit company says.

This week’s trial period will end with an event on Wednesday, Feb. 12, at Alexandria’s Market Square, where residents can ask DASH reps questions and ride the bus from 4 to 6 p.m.