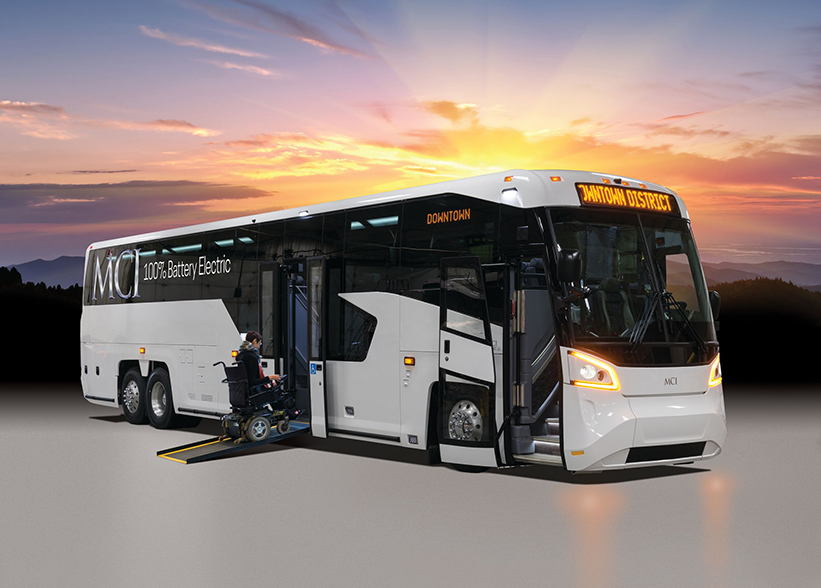 Motor Coach Industries (MCI) battery-electric D45 CRTe, D45 CRTe LE, and J4500e coaches have been approved by the California Air Resources Board (CARB) for the Hybrid and Zero-Emission Truck and Bus Voucher Incentive Project (HVIP). All three models have been approved for the highest allowable voucher of $150,000 for each MCI battery-electric coach sold in the state of California.

The approval adds to the existing pool of NFI Group zero-emission heavy-duty transit buses eligible for vouchers, including New Flyer’s 35-, 40- and 60-foot Xcelsior CHARGE battery-electric and 40- and 60-foot Xcelsior CHARGE H2 fuel-cell electric buses. Vouchers for New Flyer’s heavy-duty transit buses range from $120,000 to $300,000 per bus, depending on the model.

The HVIP program was launched in partnership between CARB and CALSTART to help accelerate early market introduction of clean, low-carbon hybrid and electric vehicles, and is  accomplishing this by alleviating the higher incremental cost of advanced vehicles with its innovative voucher incentives.

He added that MCI electric coaches use high-torque electric drive systems for operation at highway speeds, have long-distance range applications and deliver plug-in battery charging to 100% in less than four hours.

MCI contends that by alleviating some of the upfront acquisition costs of battery-electric coaches, operators in California can transition their existing fleets faster to fully sustainable propulsion.

CARB is part of the California Environmental Protection Agency, and is the clean air agency committed to building a greener future. Through its administration of the HVIP program, CARB has catalyzed electric adoption in the region, with a projected achievement of reducing greenhouse gases in California by 40% by 2030. CARB helped deploy more than 4,000 vehicles and low NOx engines from over 7,000 vouchers that have been funded since 2009.

CALSTART is a member-based national nonprofit focused on building a high-tech clean-transportation industry that creates jobs, cuts air pollution and oil imports, and curbs climate change. It works with the public and private sectors to remove barriers to innovation, and drive the industry to a clean and prosperous future.