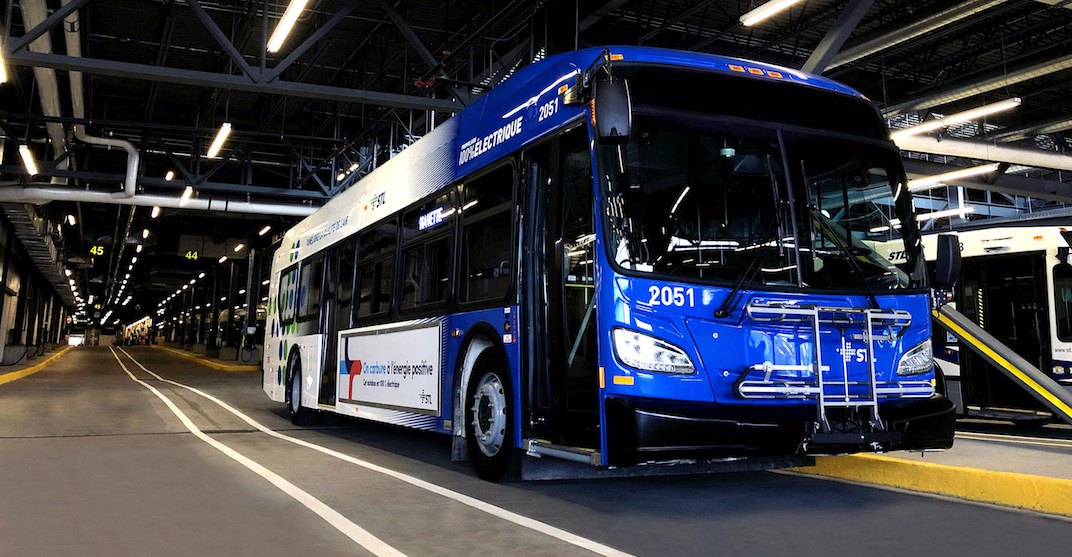 The Société de transport de Laval (STL) has unveiled its battery-electric city bus, the first ever in the province.

The busses, which have a range of 250 km, are being tested ahead of its entry into service in 2020.

The 100% electric bus line will comprise of a fleet of 10 busses, acquired as part of the largest contract for electric-bus production ever awarded in the province, according to the STL’s press release.

Along with reducing greenhouse gas (GHG) emissions by 70 to 80 tonnes a year, the electric bus offers transit users a smoother and quieter ride.

The electric rides are manufactured by the Canadian-based company, New Flyer Industries Canada ULC, who are also slated to build the new fleet, scheduled to hit Laval roads in the summer of 2020.

Financial assistance to the busses were made possible thanks to a $9.6 million investment from the governments of Canada and Quebec, contributing $6.8 and $2.8 million, respectively.

“Thanks to the STL’s determination to pursue innovation, today we’re welcoming this first all-electric city bus, which will save 70 to 80 tonnes of GHG emissions every year,” says Marc Demers, Mayor of Laval.

“This public-transit vehicle of the future is great for the environment, first of all, and second, it will make for a more enjoyable user experience, since it’s quieter. Electric buses are clearly part of our future vision in Laval.”