The Xcelsior AV — an electric, autonomous transit bus, developed by New Flyer and Robotic Research — is headed for testing in a pilot project with the Connecticut Department of Transportation. 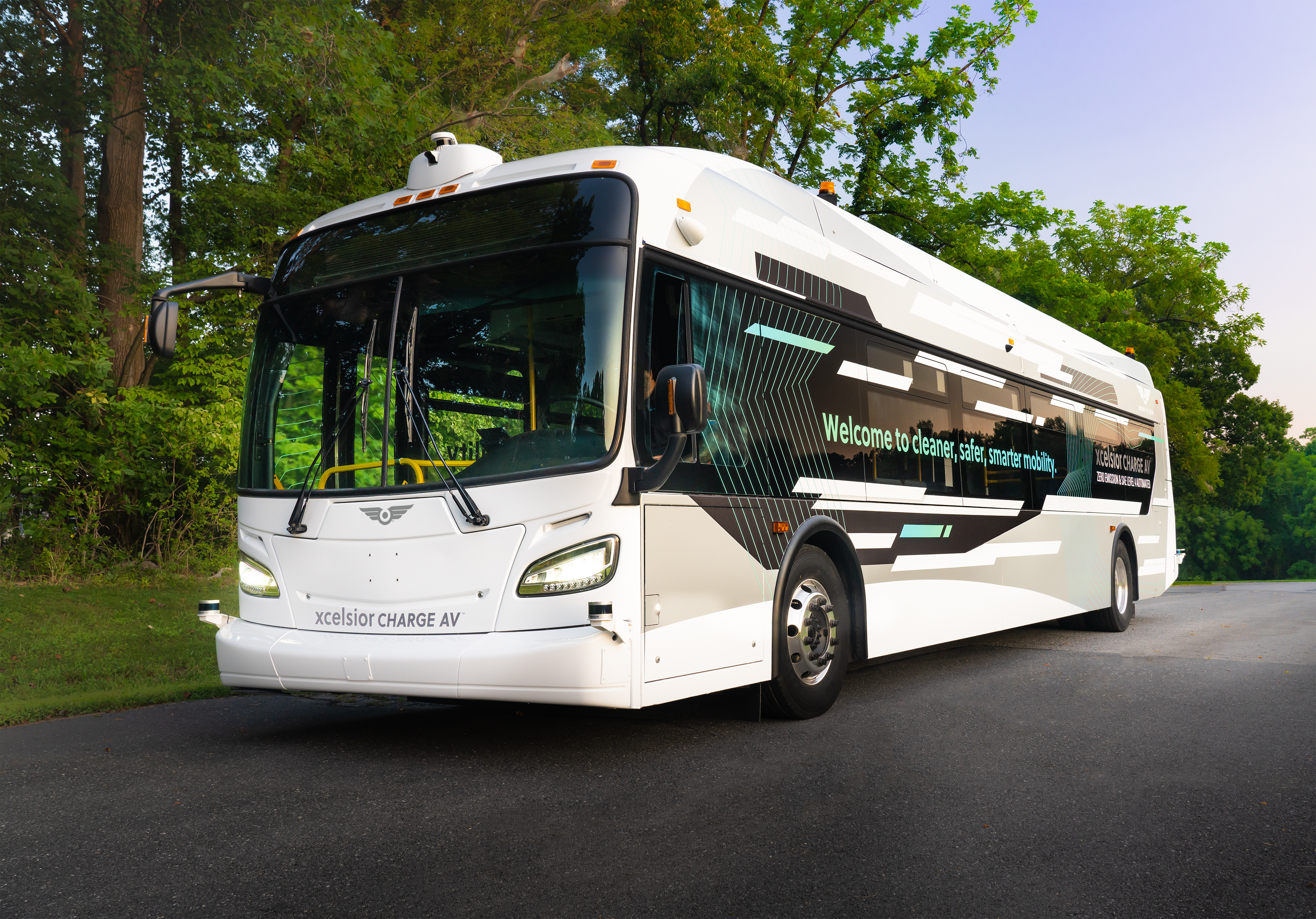 An American bus maker has developed a self-driving transit vehicle, as it anticipates a public transportation future dominated by automated and connected vehicles.

The bus represents “the future of safety in public transit. The technology is real, and it’s here. In the coming decades we anticipate fleets of automated buses improving road safety, and potentially also improving commute times, increasing energy efficiency and reducing congestion,” he added.

The bus was developed with Robotic Research, a privately held research and technology company based in Maryland. The new bus technology will be deployed in a pilot project with the Connecticut Department of Transportation in a project funded by the Federal Transit Administration (FTA).

“As regulation catches up, our ability to more widely deploy this AV technology will expand,” said Thomas Small, director of new product development at New Flyer.

Because federal regulations have not yet been developed for Level 4 automated vehicle deployment in public transit on shared roadways, this technology can only be deployed within very specific operational domains applications, Small explained.

The technology employs a network of sensors, cameras, radar, LiDAR and other technologies. And since it’s a connected vehicle, the bus can communicate with other vehicles as well as intelligent traffic control and management systems, say company officials. The price for one of the autonomous electric buses has not been set, as they are not yet commercially available.

The Xcelsior AV is not envisioned as a purely driverless vehicle, but should have “a safety attendant on the bus,” said Farah Shah, project leader for new product development at New Flyer.

“If we ever reach a point where Level 4 or 5 automation is deployed into revenue service, and the person is not needed to physically drive the bus, there will still be a need for a safety attendant in transit to assure a safe atmosphere for all passengers,” said Shah, calling to mind the two final levels of vehicle automation which make autonomous vehicles a reality.

Just when autonomous vehicles become a reality in a meaningful way could be a few years away, said Augustin Wegscheider, an auto and mobility partner at the Boston Consulting Group.

“Taking everything into account, we don’t have a crystal ball … But you’re going to be looking at 2025-2026 as a potential time frame where we will be able to have geo-fenced robo-taxis,” said Wegscheider, speaking on a panel discussion last week during the Transportation Research Board’s annual meeting.

AVs are likely to evolve as shared fleet vehicles — like a transit bus or “robo-taxi” — before they enter the personal car market, said Wegscheider, who described the personal AV as “really far off.”

Those fleet AVs would likely operate as Level 4 autonomous — which means they would likely be geo-fenced to a particular area — minivan-type vehicles, accommodating six to eight passenegers. True Level-5 automation would mean the car could go anywhere, in any situation, without any oversight or limitations.

Cities need to develop and redesign urban areas with the proper infrastructure to accommodate AV buses, such as dedicate laneway for buses, trolleys, streetcars and shuttles, said Jennifer McNeill, vice president for sales and marketing at New Flyer.

While Wegscheider also urged cities to begin the process of planning for a future of shared robo-taxis which encourage their use, if only to reduce personal vehicle use. This can take the form of pricing mechanisms like congestion-pricing which penalizes personal car use.

“If you don’t prepare for this … you could precipitate a congestion problem,” said Wegscheider.