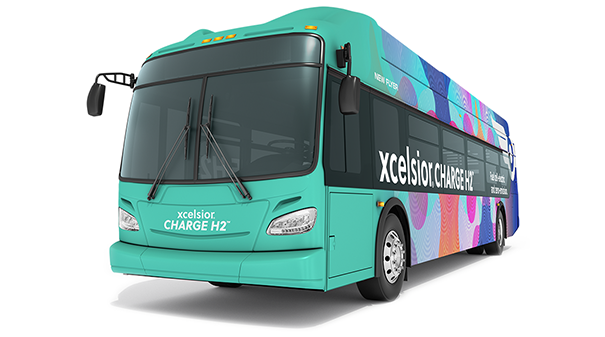 It seems like New Flyer is at full speed of collecting all the contracts which have been on hold due to various factors, chiefly COVID-19. Mr Biden will push his clean energy agenda, which will likely offer more opportunities for hydrogen and battery-electric public transit in the coming months.

In another development, Hexagon Purus, a Norwegian composites company, will supply high-pressure hydrogen tanks to New Flyer. The tanks will be supplied to New Flyer’s Xcelsior CHARGE H2™ hydrogen fuel cell electric transit buses from Q1:2021. The value of the contract is around US$ 0.9 million (NOK 7.7 million). Hexagon Purus will produce these tanks at its North American production facility in Maryland, US.

Xcelsior CHARGE H2™ travel range is up to 300 miles on a single refuelling with no need for off-board electric recharging. The hydrogen tanks are certified in both North America and Europe and will store compressed hydrogen gas at 350 bar. The tanks are produced for medium and heavy-duty fuel cell vehicles and designed explicitly for fuel cell-powered buses.