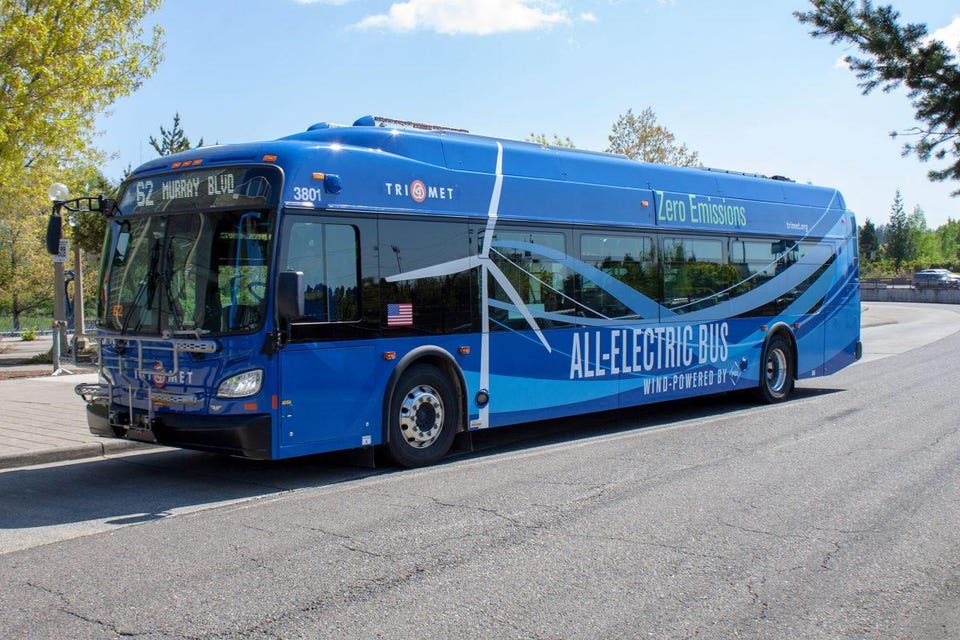 Portland, Oregon mass transit agency TriMet is taking a lead role in transforming mass transit in America by rolling out new electric transit buses powered solely by electricity generated by wind turbines. On April 16, the first bus was entered into service and took to the roads.

Other mass transit agencies in the U.S. are also beginning to use or test electric buses, but TriMet spokesperson Roberta Altstadt says the agency believes they are the first to operate an electric bus on 100% renewable energy. She told Forbes the new bus is now in regular service and will be joined by four more electric buses shortly. Altstadt said it’s the first step in the agency’s goal of taking their nearly 700-strong bus fleet away from diesel in the next 20 years. The first electric bus is now on regular duty on a hilly 26-mile route, carrying passengers daily. 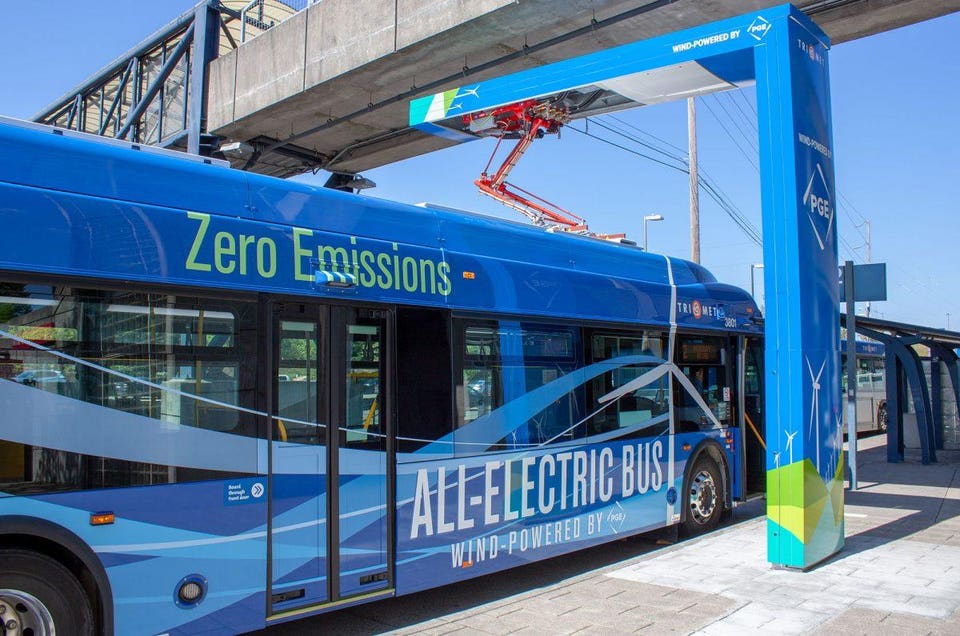 A charging arm descends and begins charging the batteries while the driver takes a short break. PHOTO: BILL ROBERSON

Many other countries have been implementing all-electric buses into their mass transit system in recent years, especially China. Altstadtsaid Portland may include other non-diesel buses in the fleet going forward, including hydrogen fuel-cell powered buses or buses that run on natural gas. But at this point, the new buses are battery-electric types.

Portland is known as a city with a progressive view of transportation. It has one of the highest percentages of bicyclists and a top-ranked mass transit system. It’s also an ideal place to test emerging tech like the electric buses, the first of which is being made by New Flyer, a U.S.-based manufacturer that is a subsidiary of the NFI Group of Canada. The new bus was manufactured at their Alabama facility, according to New Flyer. California-based bus maker Gillig will also supply the city with electric people movers in the future, according to Altstadt.